Starting with a too-small tank

First, and the most common mistake with aquariums is starting with a small tank. People started opting for smaller tanks since they appeared on the market. However, a smaller tank is a total failure for beginners. Why? Because if the volume of water is smaller, main water characteristics change quickly so you can’t make a single mistake. Even experienced aquarists see a small tank as a challenge. Beginners in this hobby should avoid aquariums under 20 gallons until they gain experience. Remember that the bigger the aquarium, the less impact your mistake will have on the fish.

Adding fish into the tank too soon

Beginners are impatient to add the fish, often the same day when they set up the tank. Some are lucky but most soon lose some or all of the fish. What goes wrong? The water in the new tank isn’t stabilized yet. Gases, as well as minerals, hard metals and chemicals have dissolved in the water. Without going further into the subject of water chemical composition, it’s safe to say that dissolved constituents can harm the fish. Tank water should be treated and neutralized from harmful ingredients and should sit for a day or more so that the dissolved gases and pH value are stabilized. After that it’s safe to put the fish into the aquarium. 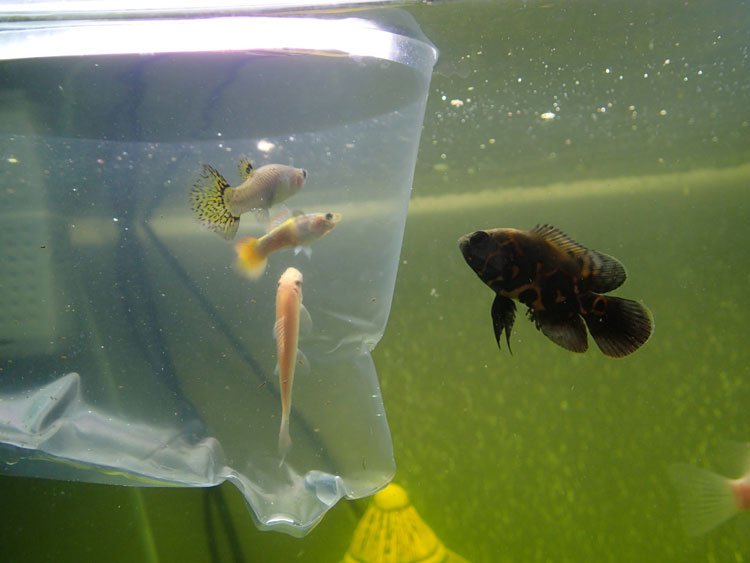 Adding too much fish at once

Aquarium owners are impatient to fill the tank with fish. Adding too much fish at once is sadly one of the most common mistakes with aquarium that beginners make. Until bacteria colonies don’t form completely, the tank can’t support too much fish. In the beginning add only two small endurable fishes. Before you add more, wait until the values of ammonia and nitrogen go up and then reach zero. 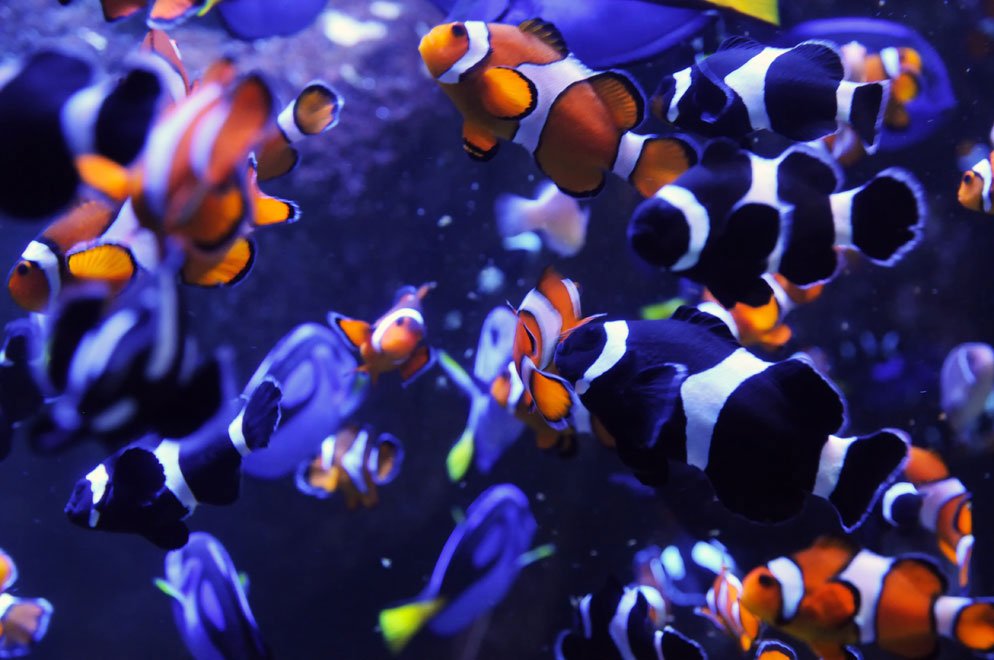 Even after they first set up the tank, it is very usual that beginners overcrowd it. Although an experienced person can successfully grow a school of twenty small fishes in a 10-gallon tank, it would be disastrous for beginners. We recommend 80 percent per net gallon of water as the maximum number of inches of fish to keep in the tank. The net gallon of water is the amount of water in the tank after the gravel and decorations are placed. For example, the tank has 16 gallons of water after decorations and gravel are added. If you multiply 16 and 80% you get a result of 12.9 or about 13 inches (33cm) of fish as the maximum number.

Aquarium owners who are beginners often choose fish that look attractive and they are not familiar with their needs when it comes to their environment. Some fishes fight each other or maybe need completely different conditions in the water. In both cases, you shouldn’t keep them together. Always research every species before you choose them to keep the company in your aquarium. Choose peaceful fish that advance in similar water conditions.

Pet fish owners’ mistake number one is overfeeding. Fish are opportunistic and they will always ask for food. Only because they look hungry doesn’t mean that you need to feed them all the time. Feed them only the amount they can eat in five minutes. During the setup of the tank, feed the fish not more than once a day, and in critical moments when the values of ammonia and nitrogen are high, postpone the feeding for one day or two to lower the waste accumulation. Fishes can easily endure seven days with no food without suffering any consequences. If you are interested in making your own fish food, you should read our blog on topic how to make your own fish food.

Aquarium filters should filtrate all of the water in the tank at least three times an hour. If they don’t, it means it’s too small. If you have doubts about the size of the filter, you should buy the bigger one. You can’t filtrate the water too much but you can filtrate less than necessary and that can be harmful for the fish. Learn how to chose the right aquarium filter and how to use it in a proper way.

If you don’t test the water

Beginner aquarium owners don’t magically find out about the nitrogen cycle as well as the need to control the chemical composition of water. Because of that the owners aren’t often aware that they need to test the water and don’t manage to handle the deadly toxins. When the nitrogen cycle is established in the beginning, it should be left to function for a day or two. Before adding the fish, the pH value, hardness, values of ammonia and nitrogen should be tested. While establishing the nitrogen cycle, it’s very important to test the ammonia and nitrogen. After that, test the water once a month to be aware of any unnoticeable problems that can occur. If a fish suddenly dies, test the water to see if anything changed.

If you don’t change the water

One more thing new owners aren’t aware of is tank maintenance which includes changing a part of the water regularly. Waste accumulates in the tank and can only be removed by vacuuming the gravel or replacing a part of the water with fresh one. Although the fish maybe won’t die, if you don’t maintain the aquarium and don’t replace the water regularly, they will be under stress because of the lack of quality of the water. That’s why they will be susceptible to diseases and often have a shorter life span than they should.