Set up a natural habitat for Malawi cichlids

You decided to set up a natural habitat for Malawi cichlids in your aquarium? Great! We know that to add vibrancy and color to your aquarium, people usually consider African cichlids. We especially like that in addition to the vivid colors of these fish. This is a feature of marine aquariums, and you still maintain their aquarium like any other freshwater one.

Cichlids are a species of freshwater fish found in rivers and lakes from Latin America to Africa. They are also known as secondary freshwater fish because their distant relatives originate from the ocean. There are currently about 1,650 known cichlid species, although estimation is that we could discover thousands more. It has even been noticed that a new type of cichlid is forming every 20 generations.

Active and durable cichlids are great, interesting, and an excellent choice for beginners, although it doesn’t look like that at first glance. This is an incredibly diverse group of fish. One beautiful thing about them, which not many animals have, is changing their colors. The cichlid will not be the same color when it is frightening, courting a female and attacking another male.

It is this communication of colors that sets them apart from all other fish. One of the most frequently asked questions we encounter is their temperament.

Cichlids are fish that are a little more temperamental than other species of fish. The reason is that throughout their history, they have gone through various periods where they had to fight to survive in the environment. For that reason, they have evolved and have more pronounced teeth and stronger jaws to survive and defend themselves from the enemy. Therefore, at the very thought of being aggressive. Many aquarists have an aversion to them, but that, in a way, makes them more attractive than other species. Although realistically speaking, every other fish knows how to be aggressive when endangered and force the enemy.

Cichlids are always active and always have beautiful colors so that aggression falls into the background. If you provide them with the correct ratio of males and females and provide conditions that suit them, aggression is significantly reduced. Another thing that is very important when storing. It is a mistake made by beginners and already formed aquarists: they need a little more space.

Most species originate from Africa and South America, while some species can also be found in the waters of Central and North America.

We will look at African cichlids to begin with.

Lake Malawi is the ninth largest lake in the world located in East Africa and borders three countries: Malawi, Tanzania, and Mozambique. In Tanzania and Mozambique, it is still called by its old name: Nyassa, which means Great Water.

The most popular fish in the aquarium from this lake is M’buna. M’buna is cichlids from Lake Malawi, representing a larger group, which are pretty common in aquaristics. But M’buna in the host language means “Stone Fish,” which only means and already indicates to us the natural habitat of these cichlids. These cichlids stay along the coast and usually they are about 50 meters away from it. The only exception is the species Cyatochromis obliquidens. They are mainly found in the “fields” of valisneria because the main food is the algae that grow on this plant.

If you have decided on this species, how to prepare an aquarium to imitate their natural habitat completely?

As we mentioned, the aquarium should be at least 100l larger for these species, although some cichlids could live in a smaller one. Since we have already said about the natural appearance of the habitat, let’s do our best and do the same in the aquarium. So rocks, caves, shelters, and passages allow the cichlids to be given as a natural atmosphere. Don’t keep them in an aquarium of 20 l.

They need an aquarium of about 100 l, except in certain dwarf species that can also be in smaller aquariums. An important thing that we must not forget, and many of them make that mistake, is the combination of cichlids with other species, Living with other species also makes them aggressive. Consequently, there can be only one, and that is the classic terror over other fish. In general, in aquaristics, you should look to put fish of similar aggressiveness and size so that you do not have problems, and this is especially pronounced with cichlids.

Probably you noticed that in most aquariums where are cichlids, there are no plants? Why? Because they are Algae eaters and exist mainly on a vegetable diet. So your plant doesn`t have much chance of surviving in an aquarium. Of course, there are some cichlid-proof plants you can try if you want some green color in your aquarium.

We should choose such a spectrum that most faithfully imitates the color blue, which is the same as in nature. Also, in the wild, fish have about 6-8 hours of high light intensity. Repeat this with the timer lighting, and you can set it to hours when you are at home to watch the aquarium, like afternoon to evening. An excess of 8 hours can lead to excessive algae growth.

In the Malawi Aquarium, filters play a significant role because they adequately purify the water, yet cichlids are large fish. It is best to have more filters. The flow of water through the pumps should be in the ratio 1: 7, so for a 200l aquarium and you would need pumps with a flow of 1,400l of water per hour. That is one crucial thing, and the other is to change a part of the water once a week.

They say about cichlids: “Directly from the tap to the aquarium,” and that is true because cichlids like hard water, and a pH of 7.8-8.5, temperature 24-28 degrees. Fish are ectothermic and cannot produce their body heat. It is important to use an aquarium heater with a thermostat set to heat your aquarium,

What to know when buying cichlids?

These cichlids are polygamous stands, which means that they should be kept in a group of 8 pieces, where it is recommended that there is only one male. In nature and the aquarium, there is a strictly hierarchical relationship between cichlids. The main or dominant male is the boss who knows how to deal with other males. To prevent that, it is necessary to choose a male, if possible, at the time of purchase. Males are larger, and their fins are adorned with false eggs, which play an essential role in spawning. And if you happen to have more males, then the other males, to come to the group, are somehow painted in the colors of the females. And more females are good during spawning.

Cichlids are maternal mouthbrooders, where fertilization of eggs takes place in the mother’s mouth. Before spawning, the male gets the most beautiful colors you can imagine and thus trembles in front of the female. And when the female is ready, then the spawning ritual begins. It looks something like this: they both spin in a circle, the female releases the eggs, buys them with her mouth. When she collects everything, then she approaches the male’s false eggs on the anal fin, and at that moment, he fertilizes the eggs. Thus, the female carries the eggs for approximately 21 days and does not eat anything during that time. Such a female should be moved to a single aquarium and later watched as she releases the young from her mouth, which is a beautiful and unsurpassed sight.

In addition to everything we have mentioned, they are also known for their longevity because their lifespan is 5 to 10 years. If you can afford an aquarium like this, you will also have a small part of Malawi’s large lake in your house, apartment, or office.

Suppose you have decided to go for Malawi cichlids. In that case, our recommendation is classic rock background that will ultimately represent their natural habitat. For a large aquarium, you can look through our Massive rocky 3D aquarium backgrounds, and with additional rocks and stones, you will make a perfect cozy place for your fish. Listening to our customers, we precisely customized our 3D backgrounds to customize them to this type of fish fully. Please take a look at the selection in our shop. You can also see what they look like in the aquariums in our gallery. 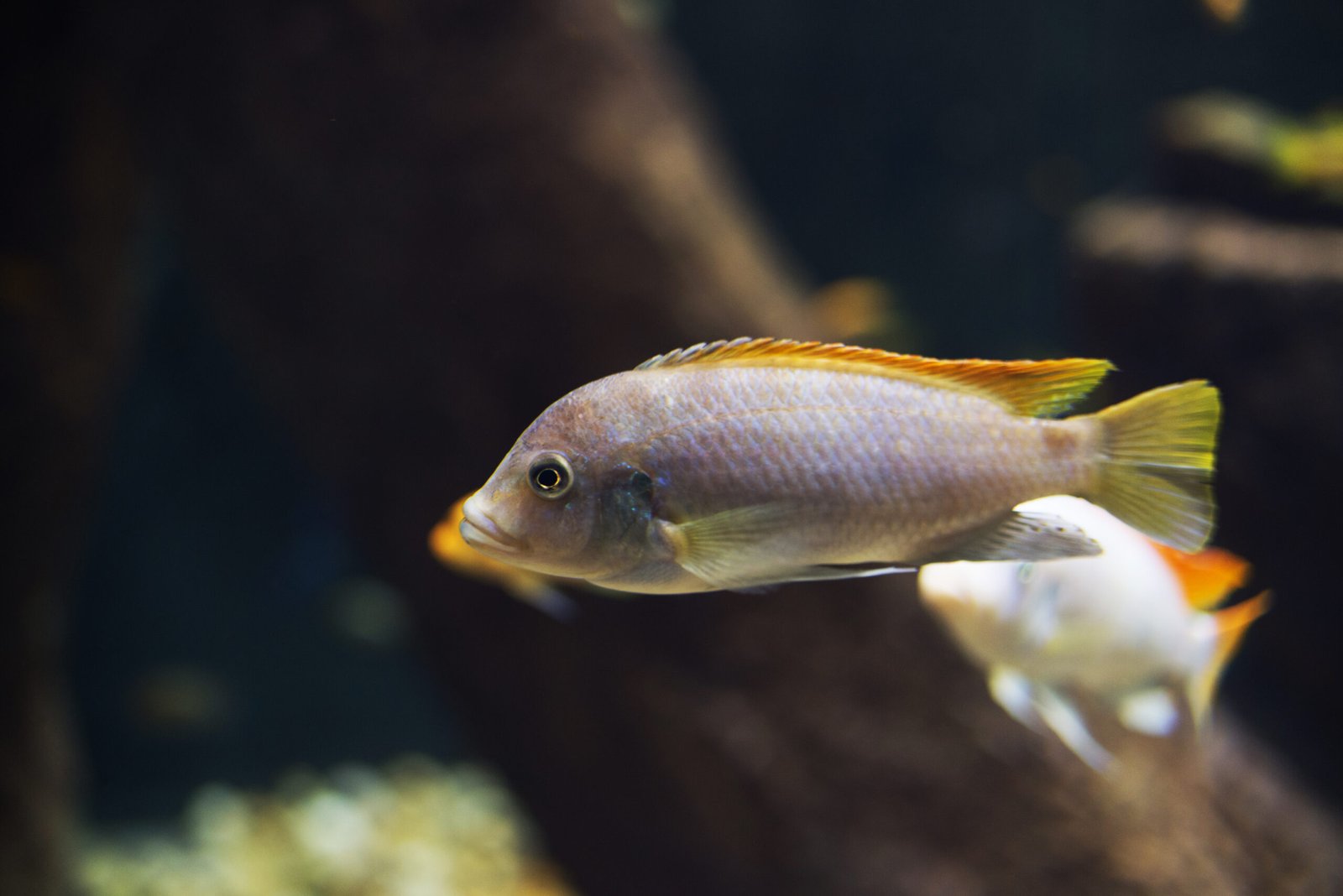 Set up a natural habitat for Malawi cichlids

You decided to set up a natural habitat for Malawi cichlids in your aquarium? Great! We know that to add vibrancy and color to your 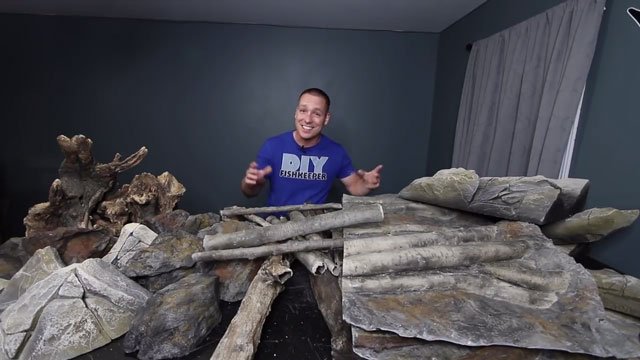 THE FAMOUS VLOGGER REVIEWS: ‘’MOST REALISTIC AQUARIUM BACKGROUNDS EVER!’’

The most trusted DIY aquarium hobbyist on the planet and famous vlogger Joey Mullen also known as the king of DIY did an amazing review of our products. In case you 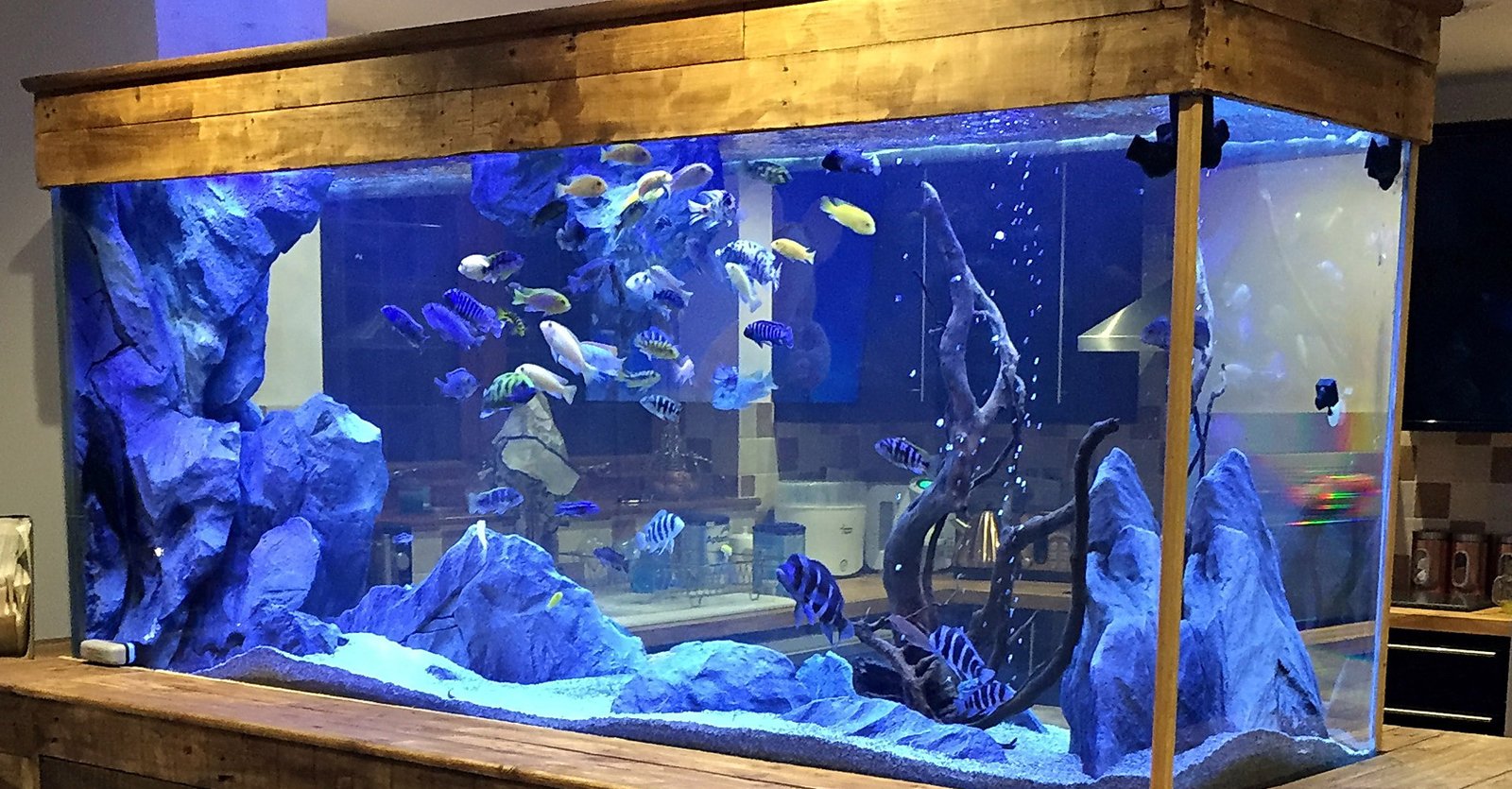 Nothing brings indoor space to life like an aquarium. This body of water, and fish that swim in it, instantly brings your mind to peace. 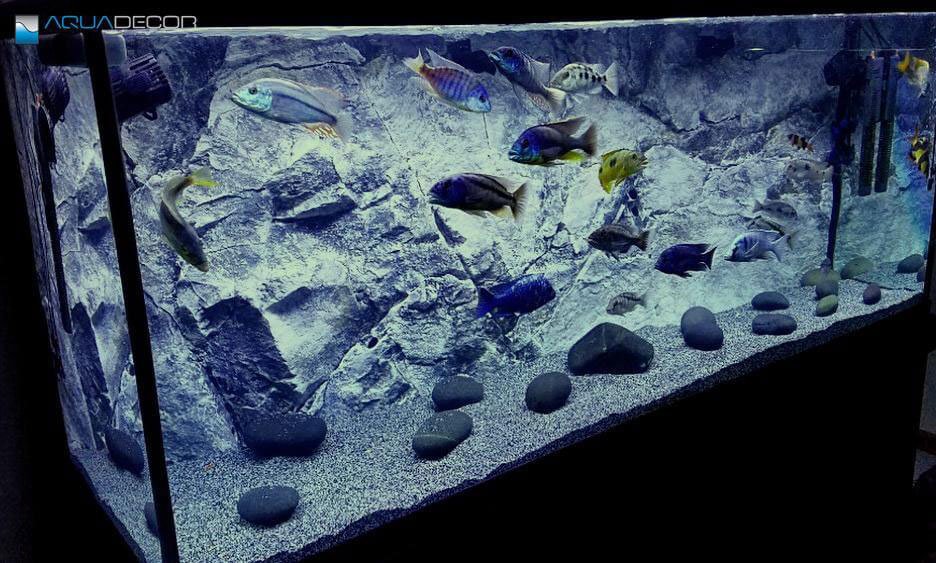 Years ago, aquarium upkeep wasn’t the easiest job. Water pumps used to be low-capacity, filters would clog up quickly and aesthetic purpose of an aquarium was minimal. 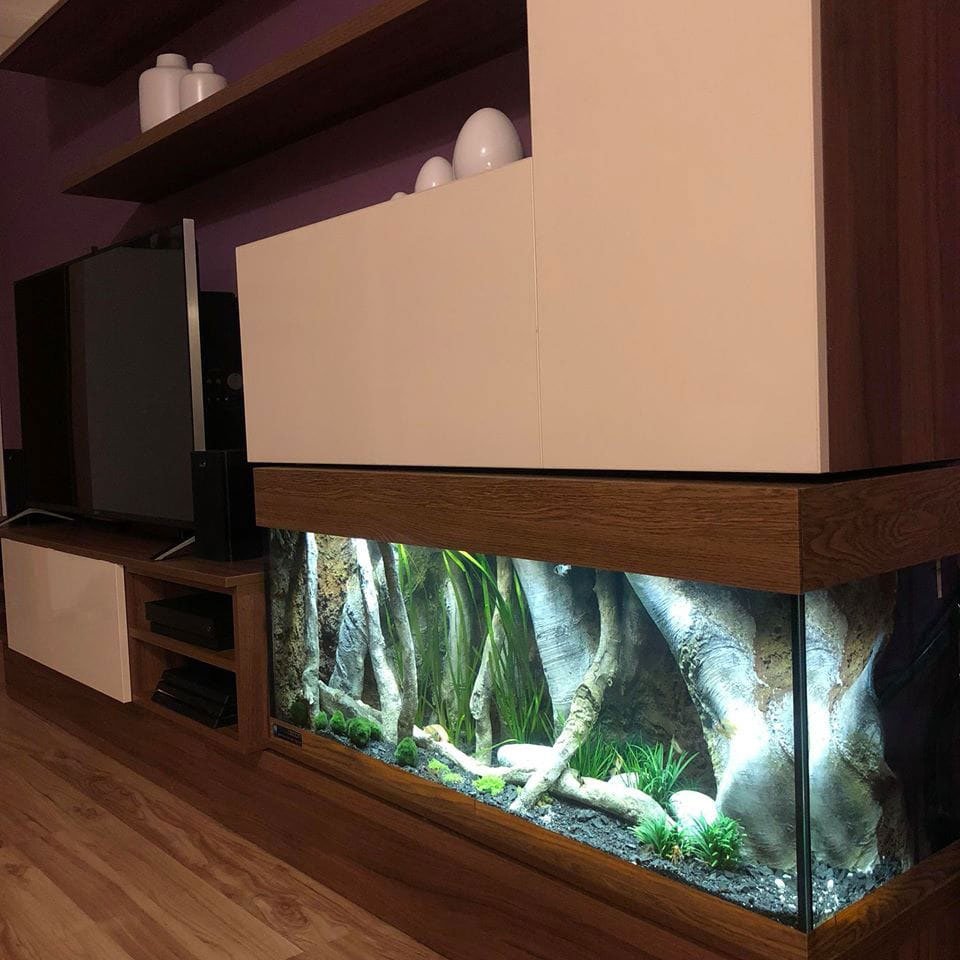 If you have owned a fish tank for several years, then you could probably write this blog post as good as us. Even the biggest

We use cookies on our website to give you the most relevant experience by remembering your preferences and repeat visits. By clicking “Accept”, you consent to the use of ALL the cookies.
Do not sell my personal information.
Cookie SettingsAccept
Manage consent

This website uses cookies to improve your experience while you navigate through the website. Out of these, the cookies that are categorized as necessary are stored on your browser as they are essential for the working of basic functionalities of the website. We also use third-party cookies that help us analyze and understand how you use this website. These cookies will be stored in your browser only with your consent. You also have the option to opt-out of these cookies. But opting out of some of these cookies may affect your browsing experience.
Necessary Always Enabled

Performance cookies are used to understand and analyze the key performance indexes of the website which helps in delivering a better user experience for the visitors.

Analytical cookies are used to understand how visitors interact with the website. These cookies help provide information on metrics the number of visitors, bounce rate, traffic source, etc.

Advertisement cookies are used to provide visitors with relevant ads and marketing campaigns. These cookies track visitors across websites and collect information to provide customized ads.

Other uncategorized cookies are those that are being analyzed and have not been classified into a category as yet.